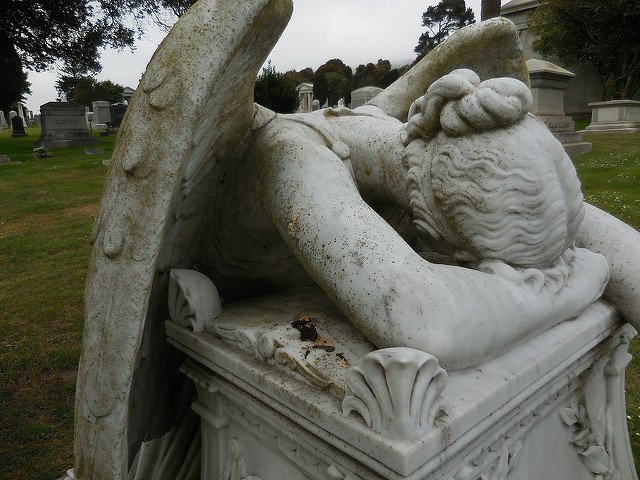 “I had every intention of [finishing this manuscript / meeting this deadline / honoring this promise to my critique partner / fill in the writing-related blank] but then [I was diagnosed / my father needed special care / my kid broke his leg / we had to relocate / my marriage fell apart / fill in the life-related blank].”

I’m a longtime member of the writing community on Twitter and in the blogosphere but a (very) latecomer to Facebook, as a fairly private person with a fairly public job who has grappled with how to separate the two. Earlier this year, when I finally made the decision to set up my personal profile alongside my author page, I was looking forward to participating more actively in the groups of which I am a member—places like the Women’s Fiction Writers Association, which had moved its forums almost entirely to Facebook.

And those connections have been wonderful. But what I’ve also seen amplified across a range of writing groups on that platform is something I’ve been glimpsing elsewhere for years—so many writers, too many writers, who are struggling to write through their own variations on the “qualifying life events” mentioned above. I read their posts—anguish, apologies, frustration—and my heart aches for them.

Sometimes, when something big gets in the way of your writing, you want or need to just step away. Fair enough. When my family and especially, always, my kids really need me, there’s no contest. And that’s as it should be. We’re all human—editors and agents included. People will understand.

But sometimes, you don’t have much choice but to find a way to keep writing while you’re dealing with everything else. Or you want to go on, feel a need to go on, but can’t see how, and that only makes you feel worse.

This, I know something about.

In November 2008, I was hired as chief editor of Writer’s Digest magazine. I’d started my career there years earlier, then moved on to other things—but everyone who knew me knew that the opportunity to come back and take the helm was essentially a dream job for me. I lined up my first cover story—I’d be interviewing (wait for it) Stephen King, alongside his friend and very different kind of bestseller Jerry Jenkins. My husband and family were excited, of course, but my best friend was hilariously so. She took me out to celebrate and would call with random updates about how she’d been telling everyone that I was interviewing THE King.

And then, in December, she was murdered.

The day of her funeral, a colleague dropped off the final page proofs of my first issue in a binder on my front porch. We had a printer deadline in a few days.

Editing a magazine might not tap exactly the same creative well as, say, writing a novel, but it’s not as far off as you might think. Our staff being relatively small, my job was relatively big—and I was still learning how to do it. I had to generate ideas, execute a vision, maintain a voice, strive for quality, work with contributors, interact with readers, write features, introduce each issue in a letter, blog.… You get the idea.

In the months that followed, let’s just say there were some distractions, piling like bricks onto my grief. Her cause of death was released in our local news and delivered to my inbox via Google Alerts while I was sitting in my cubicle, surrounded by office chitchat. I attended her killer’s arraignment one morning and was in by noon. I arrived home at the end of a long day to a subpoena in my mailbox.

I had my dream job—one I really, really wanted to excel at—and I was terrified that I wasn’t going to be able to hold it together.

It wasn’t easy, but I did. And so can you—whether you’re the one struggling, or trying to help a fellow writer in a tough spot. Here’s what I learned about how.

1. Give yourself permission to duck out.

Jane Friedman (the very same) was my boss at the time, and she took me into her office my first day back after the tragedy for a gracious moment of kindness: “If something ever comes up that you need to leave, just do it,” she said. “You don’t have to wait for my okay. Just explain later.”

I took her up on it only once or twice. When someone extends such kindness and trust to you, the last thing you want to do is abuse it. But just knowing that I could leave if I needed to made a huge difference. It took away a sort of panicky feeling I’d been fighting.

As a writer, you’re ultimately your own boss. So extend this same small kindness to yourself: If you ever need to stop, just stop. No questions asked. You may find that the pressure it alleviates is a great release.

Go ahead and get the “I can’t believe this is happening at all, let alone when I have to _____ / am right in the middle of ____ / just committed to …” out of your system. Acknowledge it for as long as you need to—a week or two of hard commiserating, perhaps—but then do your best to set it aside.

At the root of that frustration and disbelief is likely anger, perhaps a sense of injustice. Why me (or him or her)? Why now? Use it.

For me, I channeled my fury at the person who had taken my friend from me. Was I going to let his actions take my dream job, too?

Not if I could help it.

I threw myself into my work. The distraction, I found, could actually be quite welcome, if I was patient enough to wait for my ability to concentrate to steady itself. I could spend my Saturday morning thinking about how I could no longer call my friend to see what she was doing later … or, I could go into my quiet office building, alone, and try very hard to think about something else. Something productive. Something rewarding. And fortunately, that time more than made up for any weekday hours where my focus just wasn’t where it should have been.

If you can start thinking of distractions as welcome rather than required, you’ll be on your way to reclaiming what’s rightfully yours: your joy, your creativity, your goal.

You might not want to talk about it, and that’s okay. But the more people who you clue in even a little bit to what’s going on, the more support you’ll get. Grief, tragedy, and illness can be isolating. Sometimes to get what you need—whether that’s friendship, a babysitter, a lunch buddy, a ride, a cup of milk for the mac ’n’ cheese you already boiled, or a butt in a chair at the book signing you didn’t have a chance to promote—all you have to do is ask. No one can help you if they don’t know what’s happening, what you need, or specifically how to help.

I had a neighbor land in the hospital with a nasty infection last year. Once she was home recovering with her two young kids underfoot, I sent her a “Let me know how I can help” text, expecting a standard “Thanks, I will” response, which is often how those exchanges end. Instead, she wrote back, “Actually, we’re pretty set on meals right now but might need dinner Tuesday, if you’re sure it’s not any trouble.…”

Guess what she got from me on Tuesday? It wasn’t any trouble. In fact, it was a relief to be able to help in a way that I knew was truly needed.

“It might sound crazy, but what would really help me would just be to have a quiet hour with my laptop between Dad’s appointments. He doesn’t like to be left alone at the hospital. Can you keep him company during lunch for me? I’ll pay.”

To circle back to my observation at the start of this post, whether or how much you want to share on your blog or social media is up to you, and may to some degree depend on who your networks consist of, what exactly you’re going through, and what kind of support you would find most helpful. I’ve seen support rallied in moving ways (from GoFundMe pages to prayer requests to dinner delivery signups), and I’ve also seen comment threads take random ugly turns for no good reason.

There can be an inherent pressure to share on networks like Facebook, and I’m here to tell you that you don’t have to post anything you don’t want to. (As I’m only now writing about some aspects of my own experience for the first time, eight years later, you can guess where I stand.) But opening up to a few carefully selected someones, if perhaps not everyone, can make a big difference.

5. Control what you can.

We most often hear this advice in the form of not dwelling on things you can’t control. But I’m here to tell you to stand your ground. Don’t let the bad stuff tinge any more good stuff than it has to. In trying to focus on what you can control, try to consider that your writing is one of those things, even though it might not feel like it right now.

It’s not going to be easy—but then again, when is writing ever easy? 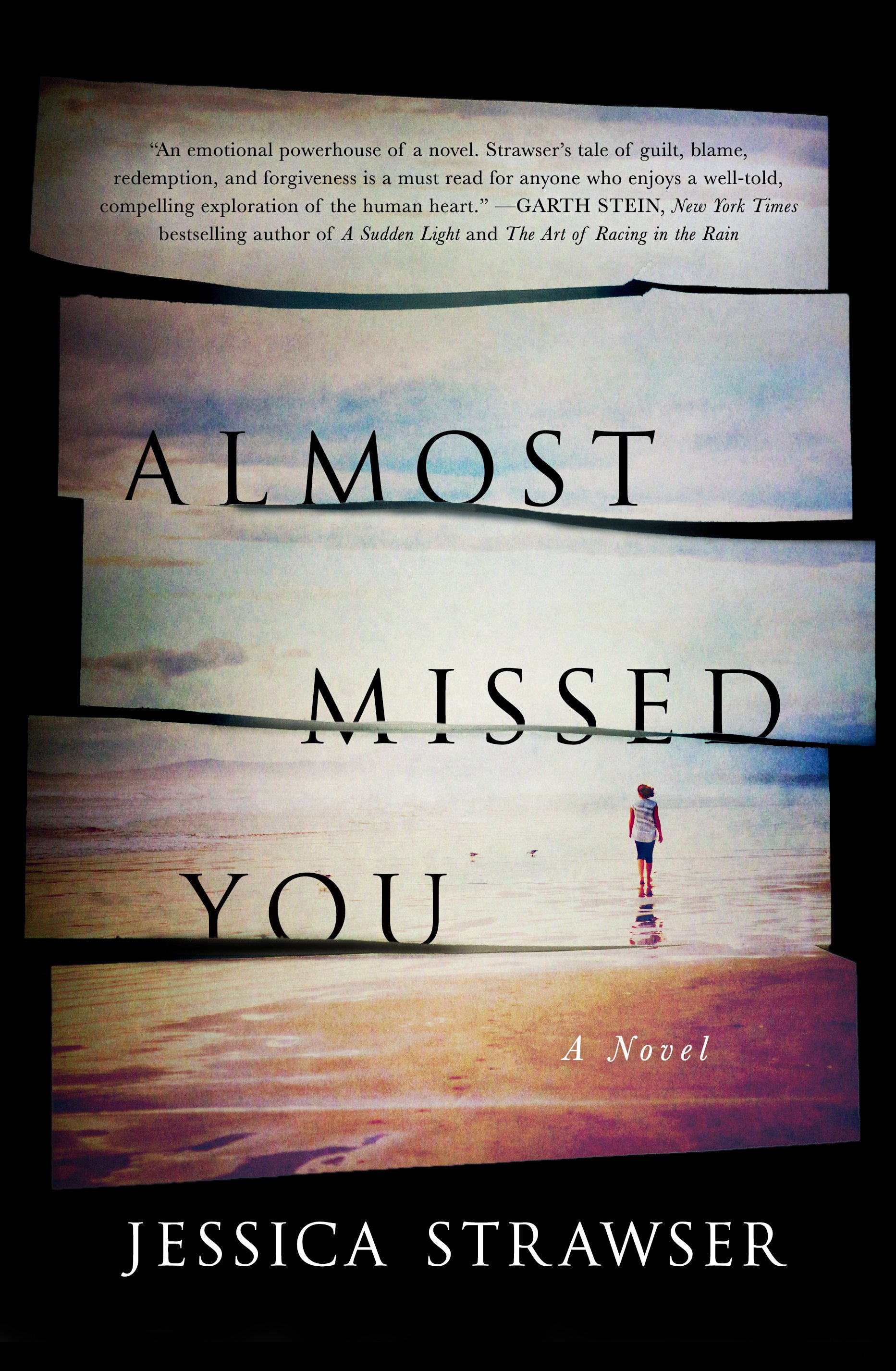 I had writing dreams beyond the pages of WD, and once I had a few years of distance from my experience, I was setting out for them with a determination I’d not had before. Eventually, what I went through inspired a novel—one that did not ultimately sell but did land me an agent, sending me down a road of revisions and submissions that I’d learn a lot from. A moment of healing became, to my amazement, a New York Times byline, in the “Modern Love” column. And my next (entirely unrelated) novel did find a home—in a preempt.

Life can intervene without taking over. Take those famous John Lennon lyrics further, and try not to stop making other plans.

We writers are a tough bunch. And the rest of us are right here with you.

Connect with Jessica on Twitter (@jessicastrawser) and Facebook, and be sure to take a look at her debut novel releasing next year, Almost Missed You.

Jessica Strawser is the editorial director of Writer’s Digest. Her debut novel, Almost Missed You (St Martin’s Press, March 2017), is drawing early raves from Adriana Trigiani, Lisa Scottoline, Garth Stein, and other bestsellers (and is now available to add to your Goodreads shelf or preorder from Amazon and Barnes & Noble). Her ongoing series at WD’s “There Are No Rules” blog offers behind-the-scenes looks and lessons learned on her own road to Big 5 publication (search “Almost Missed You”). Connect with her on Twitter (@jessicastrawser) and Facebook.