In this 5 On interview, Philip B. Persinger discusses his attraction to sonnets, the broad art of writing and selling a play, why he published his latest novel with Amazon, and more.

Philip B. Persinger has been writing stuff for over forty years: fishing news for the Montauk Pioneer (might have been easier if he had ever gone fishing), then playwriting, then code. In 2002, Fate bounced him on the head, which he recounted in his first award-winning novel, Do the Math. From that concussion, he also got an instant family just by signing a piece of paper.

KRISTEN TSETSI: For a long time you were a playwright—and in 1978, a finalist for the National Playwrights Conference. Why, when deciding to write creatively again after a twenty-year break, did you gravitate toward writing a novel instead of a play? 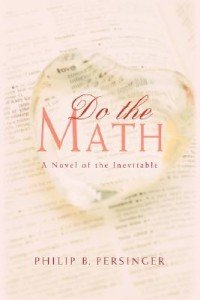 PHILIP B. PERSINGER: In 2002, Fate bounced me on my head. On a street in NYC, I ran into the love of my life, whom I hadn’t seen for over twenty-five years—twice. A magical year followed. I got children just by signing a piece of paper. I got a dog. I got two cats. (Allergic to all.) I was as happy as a mortal can be. A new thought permeated my head and became a mantra, “If I don’t write this down, I’m an idiot.”

At first it was going to be a play. That’s what I knew how to do. Three acts, academic, with a great denouement in a lecture hall. But I hadn’t written a play for decades. More important, this was a labor of love. I wanted something I could hold in my hand. I wanted something I could share. A play script is actually nothing more than a grant proposal. I wanted a finished product. So I figured I’d figure out how to write a book.

What kind of writing were you interested in before you ever started doing it professionally/seriously, when it was new and exploratory?

I never thought I would be a writer. I don’t really know if I am one now. I just like making things—like plays, paintings, and books. I certainly never daydreamed about my acceptance speeches at the Pen Awards.

In high school there was a string of English teachers who thought I was hopeless—some put me on academic probation. I’ve seen those dreaded words See me more than I care to mention. In college I even had a paper returned ungraded with something mumbled about a remedial class in something or other. It all turned around in Roman History. The professor was intimating and rapier witted. I sweated over a paper on the exile of Augustus Caesar’s daughter Julia. Epiphany. That was when I realized that the trick was: don’t start writing until you know what you are going to say. Nobody had told me that before.

What drove you creatively (thematically/subject-matter-wise) in your play-writing life, and what drives you now?

I originally wrote plays so that I would have something to produce and something to do. It was kind of like the Brits putting on a theatrical in a German POW camp during WWII, except I was at an Episcopal boys-only school in the middle of nowhere. My dialog has always been my strength. My failing was that I did not treat it like a business. I did not look for a market or a niche. I loved ’30s screwball comedies. But there wasn’t much of a demand for Cary Grant after the fall of Saigon. I was also grounded in absurdist theater with a pastiche of mannered comedy. My worldview is that everyone is inherently good with deep flaws. If I were to write a play today, it would probably be bad Beckett.

On the other hand, writing your fourth book is a lot different from writing your first. Thank Malcolm Gladwell and his 10,000 hours. And surviving cancer—and making that funny. And dealing with aging and loss of manly power—and making that funny. I don’t know whether it is a new confidence or not giving a stet, but now I am exploring a broader canvas. I am interested in finding the commonality in different strata of society or threads in disparate cultures: bourgeois cavemen, fastidious slobs, as well sentimental villains. I particularly love finding the humanity in obnoxious, odious, and generally bad humans.

Say a novelist wants to branch out and write his or her first play. What five pieces of writing advice would you give?

You created a Sonnet of the Month Contest in 2012 and explain on the website’s home page that you’re not “an organization, corporation, agency, for-profit, not-for-profit, LLC, LLP, association, disassociation or astral mercantile concern or firm,” but “just a guy who thinks that you should write a sonnet and share it.”

The site invites not just sonnets, but readers who want to be sonnet judges. It’s free for users, doesn’t promise anything but fun and a lovely certificate for the winner, and doesn’t identify you or your writing work, so it’s not even self-promotional. A pure passion project. Where does your attraction to sonnets come from, and what inspired you to put in the time to create a website whose only goal was to get people writing sonnets?

There are three embarrassments in my life: I never took calculus, I can’t program in C, and I don’t understand modern poetry at all. I can look at a poem in the New Yorker for an hour and have no idea why it’s a poem. On the other hand, I get classical poetry. In an oral tradition, the meter or rhyme locks the words down so that they are easier to remember and harder to change. The sonnet is an elegant form. It’s basically a short three-act play with a couplet. The trick about rhyming is to embed it within the thought. In that way it drives things forward and avoids the singsong of the cloying end-line rhymes. The site was strictly occupational therapy—no more, no less. I was feeling low. I had just finished my third novel and it was in a box. Every page was brilliant, but as a book it didn’t work. At the moment the sonnet site is kind of taking a nap. But I guess I’ll have to get back to it if this interview inspires a spate of sonnets (that’s like a pride of lions).

You had an agent for a time, but you decided to self-publish Tools of the Trade. What initially drew you to the traditional route, and what attracted you to self-publishing when there was reason to believe a publisher might eventually have come around? 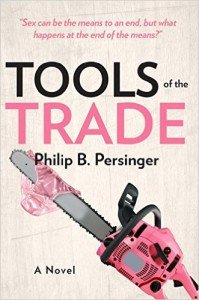 I got an agent for my first book, Do the Math. I had written a database that tracked everything. It generated personalized queries and shipping labels. I think I must have contacted a zillion and a half people before I got some positive responses, and when you finally get someone who wants to sign you, that suggestion that “you interview them and make sure it’s a good fit” is laughable.

Unfortunately things didn’t work out. But the decision to self-publish was more determined by the culture of the publishing world than by anything else. Apparently, agents don’t care if other agents have looked at your junk, but if a publisher has seen it, your innocence is lost. So once I realized that there was no point in trying to find another agent, I grabbed the bull by the horns and self-published.

When preparing Tools of the Trade for publication, you had the pretty standard self-publisher dilemma of trying to find the best possible answers to a lot of questions: which company to self-publish with; which ISBN to use (theirs? Buy one from Bowker?); what price to set for the ebook. What led you to publish with Amazon?

I did however buy a block of ten ISBNs from Bowker for the ebook and to keep my future options open. I had a great experience with iUniverse on my first book. Unbeknownst to me (I think that might be the first time I have used unbeknownst in context in my life), when I signed on to publish my second book, they had been bought by AuthorHouse. It was a totally different experience. My logic is that the AuthorHouse Literary Industrial Complex is in the “author’s services” business. Whereas Amazon is a retailer and is in the book-selling business. It is also cool that the self-publisher can control the price point.

Do the Math was a 2009 IPPY silver medal recipient and a Premier Book Awards third-prize winner, and your second novel, Semele, was an Eric Hoffer Award finalist for excellence in independent publishing. Did you notice whether indie awards helped to get your books publicity or reviews or any other kind of access that’s usually a challenge for the typical self-published author?

I think any third-party stamp of approval is helpful. The challenge of self-publishing is to acquire a semblance of legitimacy. But I don’t think there is a single strategy. It is a constant brainstorm trying to think of the next thing to do: get a copy in your local library, then a reading, then in the library in the town next door. Setting up a card table at the art fair. I put an audiobook of Do the Math free online. “If a story is told in the forest and no one is around to hear it …” Some people call it guerilla marketing. I think it’s more like do something today and do something else tomorrow.

Aside from an announcement on Facebook when Tools of the Trade became available, there seemed to be little promotion for the release of your book. What is your relationship with self-promotion, and of all the available methods, which do you prefer (and why) and what do you try to avoid? 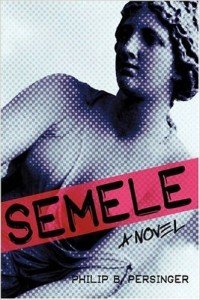 This isn’t so much of a launch as a stagger. For starters, I’ve got a stack of postcards ready to be mailed. But I’m waiting for my first readers to post reviews. I don’t want to send people to an empty Amazon page. Then I’ll do something tomorrow and something else the day after.

Sadly, I don’t think there is a silver bullet for marketing. There’s just good old-fashioned stick-to-it-iveness. If there were a magic formula, the guy who wrote it up would be rich. Oh wait! He did. He wrote How to Market Your Book. Unfortunately, he’s the only one selling books. So the ball is in your court. Think different. Put your face on your book. Be bold. Be brash. Surprise yourself. It’s all invention at this point. Go crazy.

Say a novelist who’s never been in the theater world has written a play and fantasizes about having it produced. What’s the first step someone with no relevant contacts should take if they want to have their play considered for production?

Competitions and regional theaters. In the day, I had lists of them (and this was before the Google). The goal is to improve on your rejections. Rejection appreciation is a developed art form. You start off with bad Xerox copies of copies and then you make it all the way to a personalized rejection with a name and a signature. That’s like summiting on Everest. But to repeat, there is nothing better than putting a face on the playwright. Volunteer at a community theater. When they know you, they’ll want to read you. And then there’s the big secret about working in the wings—theater is fun.