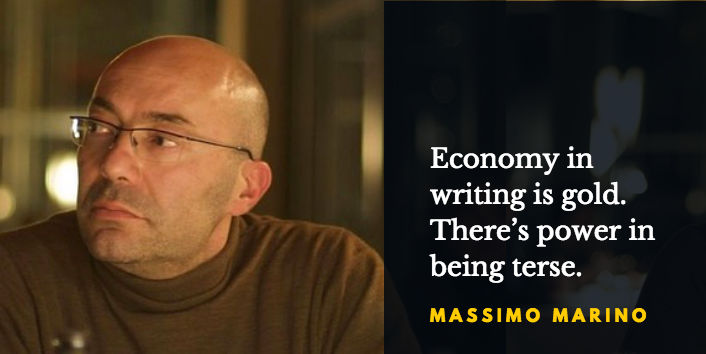 In this 5 On interview, author Massimo Marino discusses what it’s like to read science fiction as a scientist, his experience with the Booktrope publishing collective, the mission of BookGarage, and more.

He contributed to the experiments at CERN and the Lawrence Berkeley National Lab, then accepted leading positions at Apple, Inc. and at the World Economic Forum. He is also co-founder of Squares on Blue, a big data analytics service company, and of BookGarage, a publishing services brokerage firm.

KRISTEN TSETSI: As a physicist, is it ever difficult for you to read science fiction by writers who don’t have a science background? I imagine it could sometimes be like a person in the military watching a movie about war and “Nope, wrong”-ing the uniforms and patches, or rolling their eyes at the ever-present helicopters flying over an Army post. 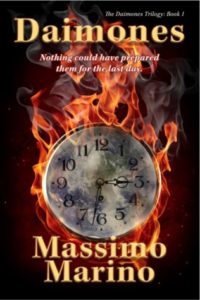 MASSIMO MARINO: True, unfortunately the suspension of disbelief goes bananas. I find it difficult to keep it in place (the suspension) even with the movie Interstellar. At times you wonder what the scriptwriters smoked or whether they ever bothered attending science classes.

It is perfectly fine to extrapolate current knowledge to invent new technologies and new science, but not when they clash with proven laws, confirmed over and over again in all possible situations. Why should an author or a scriptwriter believe that they can be violated in their novels or in their movies?

Why do you write what you write?

I grew up with authors who are considered today to be pillars and geniuses in science fiction—leaders and path openers. Today, we are confronted a lot with novels that veer too often into fantasy, technobabble, and magic rather than science. The scientific element, also, is not an integral part of these stories, which could well be located in the now and without any need of a futuristic environment.

Science fiction has as many definitions as there are people who want to define it. Robert Heinlein said that SF was “Realistic speculation about possible future events, based solidly on adequate knowledge of the real world, past and present, and on a thorough understanding of the nature and significance of the scientific method.”

Besides, current fringe theories and experiments go beyond what any wild fantasy from people not accustomed to science could lead to. Science really flirts with wild amazement today.

What is the most important lesson you learned as a reader that helped or instructed your writing, and what writer or book taught you that lesson?

That economy in writing is gold. If I can summon a vision with twenty words, I’ll strive to summon that same vision in fifteen—in ten, even. There’s a power in being terse that is lost with too many words. Flowery prose, pedantic descriptions, passive voices that were part of the accepted narrative styles of even half a century ago are today seen as the mark of the debutante. “Cull all unnecessary words,” said Strunk and White. I say more about this in my blog.

You’ve written about the novice sci-fi writer’s tendency to offer too many details by way of explanation when writing about future technology, which “amounts to having a contemporary fiction writer who feels compelled to describe what happens when a character gets in a car and leaves.” What is another common writing mistake unique to sci-fi?

Assuming your readers will be speechless with invented new words and invented new technology that have no basis nor any roots in real science, or that are in direct contradiction with the laws that make our universe what it is.

Readers will be speechless while tossing away your book. 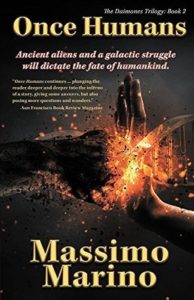 This is how you once described your dream job: “Being able to earn enough royalties from my books every month to pay for all I and family need.” What if achieving that goal meant having to devote all of your work time to writing, putting your work in physics completely aside?

Well, as a matter of fact, I left active research in 2005, but the above remains my definition of a dream job. While writing my novels, I’ve researched scientists’ work in neuroscience, physics, and biology. I’ve had lengthy discussions with oncologists and psychologists. Pure fun.

You’re the COO of BookGarage, which you’ve described as “a community of like-minded people.… [T]he one-stop shop for everything related to professional self-publishing.” Services provided by freelancers registered with the site go well beyond editing and proofreading and include blurbs and synopsis writing, author website design and management, etc.

Freelance editor Jessica West in a June 2015 interview with BookGarage compares BookGarage to “an AI search engine focused on publishing industry professionals.” We learn in that interview that authors will “enjoy a supportive technology that creates connections, opens opportunities, and reduces the time spent in finding professional services from reputable freelancers, and reduces the risks that can come with that.”

BookGarage is first a community. Authors, freelancers, and readers can engage in discussion threads; authors can ask editors for tips; personal connections—and we hope also friendship—can arise from being in BookGarage. We didn’t want just another place to find freelancers and pay for services; we wanted to start from the community, then branch into the marketplace.

BookGarage is still in its infancy, and we have in mind other connections fostered by the BookGarage community—those that could lead readers, for example, to “adopt” writers and support their writing.

BookGarage doesn’t accept all submissions. What is the vetting process?

We ask potential members to provide us with as much as possible about their writing journey, or their expertise in publishing. We go online and verify information, dig for more. For authors, we look at what they have published, their online presence, readers’ perception of their books. We use the “Look Inside” feature on Amazon to read pages and see whether the author cares for her readership.

It’s a similar process for freelancers, their portfolio: how they do present themselves on their website, if they have one; verify official credentials if they share them with us; references; and again go and see books they have collaborated with in any capacity.

If anything in that process doesn’t convince us, or contradicts the application, we deny entry into our community. And it does not stop there. Once in, we expect that the personal and professional qualities are confirmed. Some of our freelancers come from traditional publishing houses and have many years under their belts (and bestsellers, too).

There are several more authors and freelancers listed at BookGarage than there are readers. How important are readers to BookGarage’s mission, how do you attract them, and what should potentially interested readers know about what will be expected of them?

The situation has improved, recently. Nevertheless, we believe readers to be an important pillar for our vision. Internally, we say we’d love to attract discerning readers: those who are supportive of committed authors, who would like to be in a more proactive stance and contribute to the writing process, either with beta-reading or finally being in an environment where silly reviews and reviewers have no place, where they could sponsor writing projects, and leave behind flame wars, sock-puppeting, and all those dubious shameful self-promotion activities that litter other places.

Readers in BookGarage should find only serious writers who believe that quality is the most important thing to attract readers, and not whether they have the highest number of “likes,” whether their books are in the largest number of “listopias,” or whether they have the highest rating. Reviews in BookGarage, for example, don’t earn stars for the book, but a rainbow of appreciations in multiple areas, and “Unputdownable, highly recommended, 5-star” don’t have a place.

Let’s face it, Amazon has become the place where the “slush pile” is published, and readers, when willing to explore what the independent publishing arena produces, wade through mud and a wasteland before finding the rough diamond. In BookGarage, readers will have a much higher chance to find not only rough diamonds, but polished ones as well.

In addition to that, we also believe BookGarage to be a community of like-minded people. Some of them write and read, some help others write, still others read and like to engage with everybody else and discover writers who don’t believe in quick publishing and quick bucks.

You initially self-published, later receiving two offers from small houses. You said of those offers, “The current standard of contracts is laughable. I said thanks but no thanks in both cases.” You’ve since published with hybrid publisher Booktrope.

What did you like about their contract and/or system, and if you were approached now by a traditional press, would you be interested in publishing with them? If yes, why now? And if not, what would have to be in the contract in order for it to appeal to you? 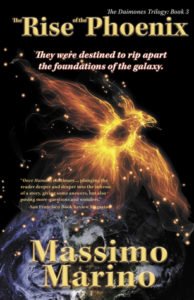 My two initial offers had me wonder: I was asked for my budget to market “their” books if I accepted to have my stories published with them (then the book was “theirs”). At the time, the advance they offered me (out of 10 percent of royalties) was much less than what I was making as an independent writer in a few months. Needless to say, I would have had to sell well over 20,000 copies to get anything more than that advance. Rip-off? You bet.

What I liked with Booktrope was the clear and transparent contract: everything based on royalties (no advance), but no losses for the author, either, and the possibility to work with the editorial team in the same way I was used to with the freelancer I had hired for my independently published books.

If I were to be approached by a more traditional press, I would be flattered, but I would also like to have a partner interested in my career and progression as an author, not just a mere percentage gain on sales which should be mirabolant only because the press has a big name. More than an advance, I’d love if publishing houses acted more as publicists and agents for their authors and not just as print shops trying to get as much as possible from the first edition or two only to drop the lemon to the floor when someone decided it had delivered the last drop.

Booktrope’s website says the only submissions they want at this point are those they solicit. (Note: As of the writing of this question, Booktrope had not announced their closing.) What was your introductory experience to Booktrope?

By now, the news must have reached the publishing world. Unfortunately, Booktrope is closing down. Having my stories accepted in a formal, traditional way gave me that recognition that many independent writers look for. Even Rachel Abbott feels the sting of being a self-published author; see how much the publishing world still needs to evolve?!

I met with a literary agent at a writers’ conference. We hit it off, and she asked to read my self-published books. She loved them and mentioned Booktrope as a new and innovative publisher who might be interested right away instead of having to wait for months and years, maybe. She introduced me to them and I submitted my first book. Then Booktrope asked to see the other two in the trilogy and decided to publish them all. My fourth novel, The Law, should have been published before the summer with Booktrope, but I guess it will find readers through another path, now.