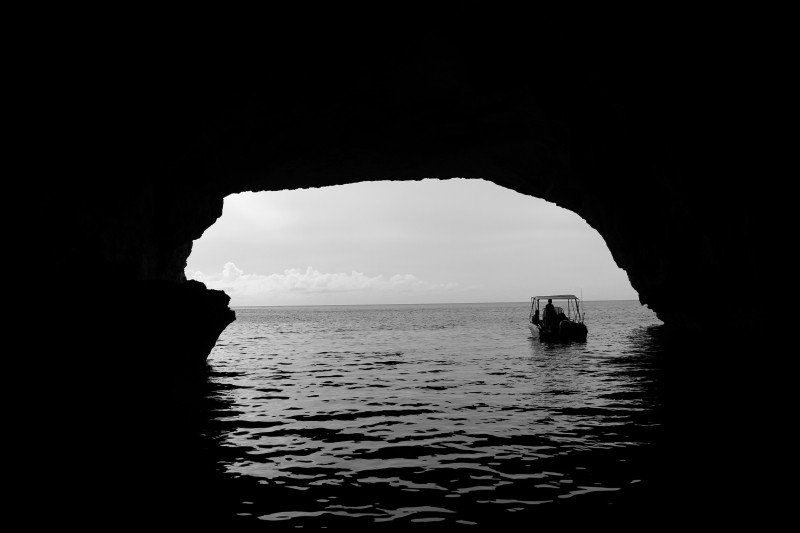 Today’s guest post is an excerpt from Make a Scene: Revised and Expanded Edition by Jordan Rosenfeld (@jordanrosenfeld), published by Writer’s Digest Books.

All great novels and stories start out with a mere idea. No matter how grand or ordinary, strange or beguiling your idea, you must take it through an alchemical process that transforms it into a story. How do you do that? This is the function of the scene; it is your story maker. Inside each scene, the vivid details, information, and action breathe life into your at idea and round it out into something in which a reader participates.

Any story or novel is, in essence, a series of scenes strung together like beads on a wire, with narrative summary adding texture and color between. A work of fiction will comprise many scenes, the number of which varies for each individual project. lIn a manuscript, a new scene is usually signified visually by a break of four lines (called a “soft hiatus”) between the last paragraph of the previous scene and the first paragraph of the next one, or sometimes by a symbol such as an asterisk or a dingbat, to let the reader know that time has passed and a new scene is beginning.

You want to start each scene by asking yourself the following questions:

Only you and the course of your narrative can determine which kinds of launches will work best for each scene, and choosing the right launch often takes some experimentation.

It’s generally a good idea to get your characters on the page sooner rather than later. And, depending on how many points of view you use, the majority of scenes should involve your main character(s). If your scene launch goes on for too many paragraphs in passive description or narrated ideas without characters coming into play, the reader begins to feel unmoored in time and space, impatient for something to happen and someone for it to happen to. If your character isn’t present by the second paragraph in any given scene, you’re in danger of losing the reader.

Set scene intentions for the characters

While the hallmark of a scene may be the momentum that generates the feeling of real time, a scene feels purposeful when you give the character that stars in it an intention, or a goal to pursue. So you need to know your characters’ intentions at the launch of every scene so you can reveal, follow, build upon, and even thwart that intention. To set scene intentions, you must make the following decisions:

Scene intentions ought to be intricately tied to the plot, i.e., your character’s goal—and the unfolding of that goal through actions, discoveries, and explorations your character undertakes that drive the story continually forward. You don’t want free-floating intentions or vignettes that leave the reader wondering why your character has set out to do something.

Many writers believe they must explain every bit of action that is going on right from the start of a scene, but narrative summary defeats action. The sooner you start the action in a scene, the more momentum is available to carry the reader forward. If you find yourself explaining an action, then you’re not demonstrating the action any longer; you’re floating in a distant star system known as Nebulous Intellectulus—more commonly known as your head—and so is the reader.

Keep in mind the key elements of action: time and momentum. It takes time to plan a murder over late-night whispers; for a drunk character to drop a jar at the grocery; to blackmail a betraying spouse; or to kick a wall in anger. These things don’t happen spontaneously; they happen over a period of time. They are sometimes quick, sometimes slow, but once started they unfold until finished.

The key to creating strong momentum is to start an action without explaining anything. A scene from M.R. Carey’s The Girl With All the Gifts does just that:

When the key turns in the door, she stops counting and opens her eyes. Sergeant comes in with his gun and points it at her. Then two of Sergeant’s people come in and tighten and buckle the straps of the chair around Melanie’s wrists and ankles. There’s also a strap for her neck; they tighten that one last of all, when her hands and feet are fastened up all the way, and they always do it from behind. The strap is designed so they never have to put their hands in front of Melanie’s face. Melanie sometimes says, “I won’t bite.” She says it as a joke, but Sergeant’s people never laugh. Sergeant did once, the first time she said it, but it was a nasty laugh. And then he said, “Like we’d ever give you the chance, sugar plum.”

M.R. Carey plunges his reader into the scene in this novel. For a significant portion of the early scenes, the reader doesn’t know why Melanie, a ten-year-old child, is restrained in this way. The lack of explanation for what is happening forces the reader to press on to learn more. The action here gives the reader clues: Something about Melanie is either threatening or dangerous, though, based on her internal narration, we don’t yet know what. We want to know what grown men, including a Sergeant, no less, would have to fear from a child so much that he would have to strap her into a chair and point a gun at her the whole time.

Action launches tend to energize the reader’s physical senses. Here’s how to create an action launch:

Writers often try to include narrative summary, such as descriptions of the history of a place or the backstory of characters, right at the launch of a scene, believing that the reader will not be patient enough to allow actions and dialogue to tell the story. When delivered in large doses, narrative summary is to scenes what voice-overs are to movies—a distraction and an interruption.

Yet a scene launch is actually one of the easier places to use a judicious amount of narrative summary (since you’ve only just gotten the reader’s attention), so long as you don’t hold the reader captive too long. Take the opening of an early scene in Gina Frangello’s novel Every Kind of Wanting.

You think you know our story, Nick, but that would imply that I was capable of honesty. You think our stories are some joint thing, a common narrative on which we, the coconspirators, would agree, but you don’t know anything yet.

One thing you taught me is that all empathy involves a kind of method acting. You used to say I was a natural actress, but with bipolar as rapid-cycling and tidal as mine, maybe inhabiting alternate states isn’t particularly foreign.

The above bit is almost entirely narrative summary, all set inside the narrator’s mind. However, we do get a sense of a complicated tale about to unfold, one with secrets and lies—the best kind of story. We get the sense that this will be a story in which things are not as simple as they seem, and that there may be multiple perspectives that need to be accounted for.

Narrative launches should be reserved for the following occasions:

Sometimes setting details—like a jungle on fire, or moonlight sparkling on a lake—are so important to plot or character development that visual setting must be included at the launch of a scene. John Fowles’s novel The Magus is set mostly on a Greek island that leaves an indelible imprint on the main character, Nicholas. He becomes involved with an eccentric man whose isolated villa in the Greek countryside becomes the stage upon which the major drama of the novel unfolds. Therefore, it makes sense for him to launch a scene in this manner:

It was a Sunday in late May, blue as a bird’s wing. I climbed up the goat paths to the island’s ridge-back, from where the green froth of the pine tops rolled two miles across to the shadowy wall of mountains on the mainland to the west, a wall that reverberated away south, fifty or sixty miles to the horizon, under the vast bell of the empyrean. It was an azure world, stupendously pure, and always when I stood on the central ridge of the island, and saw it before me, I forgot most of my troubles.

Here’s how to create an effective scenic launch: 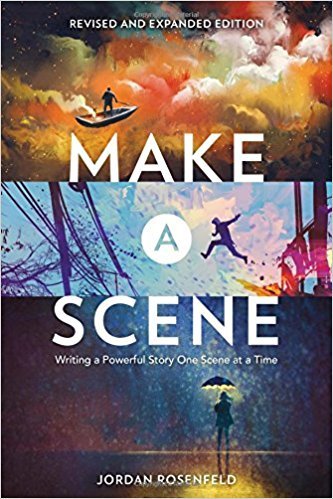 The scene launch happens so quickly and is so soon forgotten that it’s easy to rush through it, figuring it doesn’t really matter how you get it started. But take your time with it. Craft each one as carefully and strategically as you would any other aspect of your scene. A scene launch is an invitation to the reader, beckoning him to keep reading, so make the invitations as alluring as possible.

If you enjoyed this post, I highly recommend Make a Scene: Revised and Expanded Edition by Jordan Rosenfeld, published by Writer’s Digest Books.