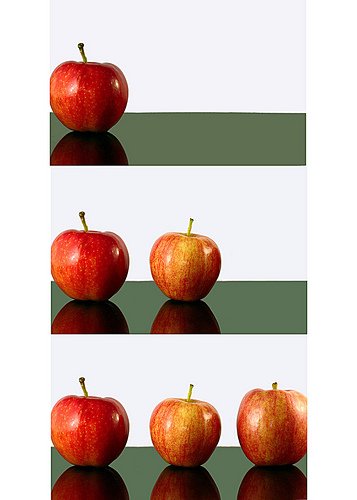 In January of 2007—as a New Year’s resolution—I decided I was a writer. I resolved that I would stop saying that I’d start writing “someday” and instead would sit my backside in the chair and start writing now. No more excuses. I was a writer and I would start acting like one. That was when I started using writing prompts.

For the first several months after deciding to be a writer, all I wrote were writing exercises. Many were from books, like the ones listed in this post about prompt books that Jane wrote earlier this year. At first, I would work my way through prompt books one at a time, forcing myself to write something for each and every prompt, even if the result was awful. Before I knew it, I had produced several short stories (some of which eventually got published), I had put together a writing sample that helped me get accepted into an MFA program, and I even completed my first finished draft of a novel. All because of a few writing prompts.

Looking back, I realize there was a method to the madness, though I didn’t know I was doing it at the time. Through a simple three-step process, I built up my writing stamina and got tangible results just by doing writing exercises, and you can do it too. Here’s that process in a nutshell:

For the first six months after I decided I was a writer, I wrote nothing but exercises. These prompts weren’t exactly fun. In fact, writing them was about as enjoyable as snuggling with a porcupine, but I would muscle through each one through sheer force of will. Then one day, instead of stopping when time was up, I just kept writing, and before I knew it I had the first two pages of what would later become the short story and writing sample that would get me into graduate school.

When you do prompts and exercises, you build a writing habit. It’s the writing equivalent of practicing your scales; you get used to doing the work, whether you like it or not. Then when it’s time to perform, to write “for real,” you’re ready.

Prompts and exercises are a writer’s practice. When you practice writing, you also train your brain to write something—anything—even when your muse has decided to phone it in. Even if you love writing, there will come a day when you just don’t feel like doing it. That’s when practice comes in handy because it gets you through those moments. After all, anyone can write when it’s easy, when the story is exciting and and the characters fresh and fun. Real writers work even when the story hits a rut and the characters get on their nerves. Real writers write when it’s hard.

Once you’ve built up your stamina, the second step is to master the craft. One easy way to do this is to reuse the same writing prompt, but take a different approach each time. For instance, suppose you want to brush up on point of view:

Point of View Exercise: Choose one writing prompt, then roll a die. Do the prompt using the point of view specified by the number on the die.

Note: For a quick explanation of different points of view, check out this cheat sheet.

But you don’t just have to use prompts for studying point of view; you can also use them to practice any number of writing techniques, such as description, dialogue, exposition, flashbacks, even theme. Just choose a prompt and combine it with a technique you want to master. Then start writing.

Step 3: Apply Prompts and Exercises to a Project

One of the most common excuses I get from writers for why they don’t like writing prompts is: “I need all the writing time I have for my novel. Prompts are a distraction.” This is where step three comes in. Once you’ve built up your stamina and have an arsenal of writing techniques, you’re ready to start applying prompts to your current work-in-progress.

I know one writer who hates doing exercises, and yet she will be the first to admit that it was a writing prompt that helped her solve a significant plot problem in her current novel. It happened one day while my writer’s group was doing an exercise. In an effort to multitask, this writer decided to use one of the supporting characters from her work-in-progress as the focal character of the exercise. That way she was still somewhat working on her novel even by doing this unrelated exercise. What resulted was a scene that turned her novel on its head and helped that writer figure out a major plot twist that was giving her trouble.

Do give yourself a moment or two to consider how you can apply this prompt to your current project before you dive into the exercise.

Don’t pigeonhole yourself. Your current project might focus on character A, but you can use the prompt to explore characters B, C or D instead.

Don’t pick and choose your prompts. When I teach, I give students one—and only one—mulligan (golf term for do-over). If you choose a prompt that works with your project, then you defeat the purpose of doing the exercise altogether. It’s when you push your story beyond the expected and into new and scary directions that you make real breakthroughs.

Using these three steps, you can get a lot of mileage out of even just one collection of prompts. To help you get started, get your hands on one of these prompt books recommended by Jane, or check out these ten prompts featured in this post, also by Jane. You can also use the Writer Igniter, a web app just launched over at the DIY MFA site, to generate a virtually infinite number of story ideas. Then all you have to do is build your stamina, master your skills, and apply these prompts to your work-in-progress.

Gabriela Pereira is the Creative Director at DIY MFA, the do-it-yourself alternative to a master’s degree in writing. She develops tools and techniques for the serious writer, to help you get the knowledge without the college. With an MFA in creative writing, Gabriela is also a freelance writing teacher, and has led workshops throughout New York City via writing programs like: 826NYC, East Harlem Tutorial Program and Everybody Wins. When she’s not working on DIY MFA, she loves writing middle grade and teen fiction, with a few short stories for “grown-ups” thrown in for good measure.