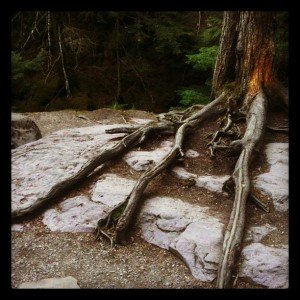 I’m starting to find that the same dilemmas come up again and again when I talk with a group about online media and marketing.

These are dilemmas that I can’t solve. They boil down to three questions you have to ask yourself—and be able to answer honestly—to find a path that’s your own, not mine.

Almost all of my advice is based on the assumption that you want to entertain, inform, or increase your audience. Not everyone is concerned with this, nor should they be.

If you’re producing work for an audience, it means:

If you’re creating for yourself, it means:

Of course, you may be creating for both yourself AND an audience. But some artists who believe they are producing work for an audience aren’t willing to make the sacrifices required to do so. Which means there’s another level to this.

Once money enters the equation, you have to start sacrificing more of what you want, and bend to the demands of the market. (Or find a generous patron or foundation!)

What is it that you truly want out of your creative endeavors? Do you really know?

2. How much of yourself are you going to share? And which part?

Let’s assume you do want an audience (of any size). It necessitates some kind of persona. Deciding not to have a persona (removing yourself from visibility, Pynchon style) is a persona.

You can’t imitate someone else’s persona. You can only be yourself. Some of us think famous people are (or ought to be) aloof and distant, so we imitate aloofness, even when it has nothing to do with our personality.

After I give talks about digital marketing, relationship building, and social media, inevitably one person will come up and say, “I don’t want to be visible online. I just want people to read my stories.”

That’s a rather boring proposition in this day and age.

So you have to ask yourself—even if you’re shy or think you’re boring—what part of yourself are you going to share and put on display? It’s got to be something, so let’s make it interesting. Let’s really dive into the fiction of who you are OR aren’t. Make up something you can believe in, so others can believe in it, too. (That’s what we all want, most desperately. Meaning.)

3. What is your killer medium?

For me (personally), it’s not the book form. It’s the workshop or the conference keynote. It’s the ability to answer any question thrown at me. It’s my desire to be of service in a personalized way.

Speaking about writers specifically, the book is often assumed to be the most authoritative and important medium, but that’s only because we’ve all been led to believe that (through a culture that has created The Myth about the author as authority).

It’s a Myth, neither good nor bad. Just a belief system that, increasingly, we’re all moving away from.

Creative people too often pursue mediums that have been pushed on them by other people, and because it’s the well-worn path. Instead, follow the Apple motto: “Think different.”